Agricultural Produce comes in many varying shapes, sizes and constituents that make it difficult to measure using existing units of measurements hence, it is imperative that we develop a solution which works perfectly for all products regardless of their characteristic variation.

Existing units of measurements like the meter are reproducible, invariable, standardized and definite. But can we say the same thing for common measurements used to determine the quantities of agricultural produce? No, because measurements like a parcel and a bunch don’t suggest anything else but that something is wrapped, fastened or tied together. Other measurements commonly used like the hand, head, box, bag, and grain follow the same analogy.

A hand is a unit of measurement used for length and is often used to measure a horses height at the shoulder. However, we have used the hand to measure small quantities of plantains and bananas, while also referring to the single ones as grains. Do you know that a grain is so small a measurement that it is only used to measure the seeds of cereals-an equivalent to 1/7000 pounds or 0.648 grams?

On the other hand, heads are used to measure height or distance, but never weight. It is also used to describe, not measure, the top part of flowers and plants especially when several leaves and flowers grow together. Aaaah! So, this explains why we say, ‘a head of lettuce’ right?

Boxes, bags and bowls are simply containers used for storing things. A box may also act as a verb in some cases which means putting things in a box (noun). A bag is made of softer materials than boxes but serve the same purpose-storage. Bowls are used to store altered or dried fruits for sale.

And then there are slices. Watermelons, pumpkins, squash and cantaloupe are often sliced for sale. However slices were never used to indicate measurements, but actions. For example, “he sliced the watermelon.  At other times, slices were used to indicate nouns. For example, “He cut the watermelon into slices. But, when we ask for a slice of watermelon, are we referring to the measured quantity or the sliced portion? Of course, it’s the latter!

May we take some time to say a big thank you to the pound, bushel, bale and ton? They have helped to solve and modify our measurement flaws – well; at least, they tried to, except that there was one error. These measurements failed to bring out the life in many leafy and other types of agricultural produce.

So here we are stuck in the middle of a crossroad. We can’t follow the path to pounds but neither can we continue with our old fashioned way of measuring agricultural produce. We need a solution, one that solves the whole issue and not bits of it. We need Agriweight.

This means that we can only obtain a standardized unit of measurement of agricultural produce if we quantify them based on the amount of and not the number of product. Only then, will we be able to solve the issues of instability and confusion as it relates to product pricing. Not only that, but, another major issue surfaces in terms of pricing of ripe produce. The prices are usually slightly higher than the unripe ones, mainly because of demand, taste and convenience. So, how do we also measure the ripe produce while maintaining a standardized unit of measurement? The answer lies in creating a unit of measurement which is concerned primarily with the measurement of agricultural produce in its ripe state – AgriweightR.

Now that we’re convinced that we need a distinguished unit of measurement of agricultural produce and have identified it to be Agriweight, may we explore the solution further? 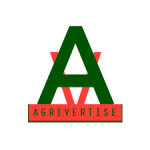